When I started studying photography in college, my first camera was a Canon AE1 Program. After my first summer working in New York, I bought this little beauty – an A1. I’ve had it ever since and I still love how it looks and how it feels. It’s been years since I put a roll of film through it, but I’m gonna do it soon. It’s funny, the difference between film and digital – it feels like I need to think of something good enough before I click the A1’s shutter release.
#canon #canona1 #35mm 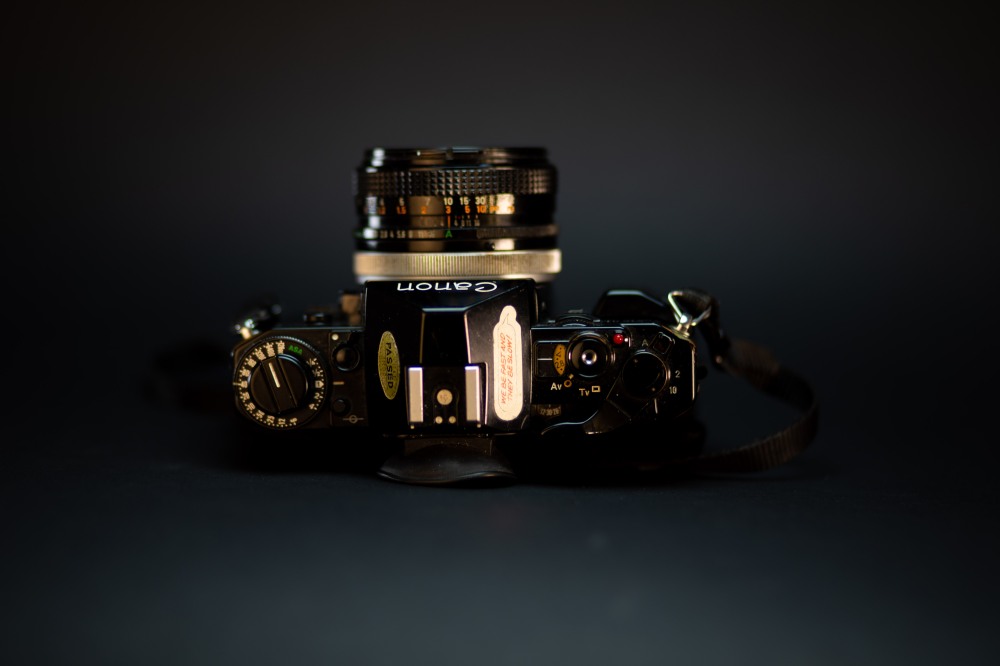 This is the oldest bit of kit I’ve got. It was old when I got it, but it did the job of metering nicely. Still does, if you’re not in a hurry. By 4th year in college, I had specialised in photography and gotten very keen on shooting medium format film. The college had a Hasselblad that I used as often as I could, but couldn’t afford one of my own. Instead, I bought a Bronica 6×45 and this Weston Master III meter. Sadly, the Bronica got sold some years later when money was tight, but I’ve still got the meter.

This little Canon IXUS V was a bit of a design icon in it’s day. It was my first digital camera. The quality wasn’t great, but it was a start and it led on to me buying an EOS350D which I used for a while. It wasn’t until Apple re-defined photography with the iPhone that my interest in photography really took off again and I started snapping and instagramming regularly. Before long, the limitations of the phone camera were irritating me, so I bought an EOS100D and shortly after bought my first full-frame DSLR – a Canon 6D.

I was going backpacking in Africa for a few months after finishing college and I needed something small and not too precious to take with me. GoPros weren’t invented then. I picked this Olympus Trip35 up very cheap and it did a great job on the trip and for several years after. The aperture blades are stuck now, and I doubt there’s anyone willing or able to service it for me, so it now seems destined to be an ornament for ever more, but I still like having it around.