Heading down the beach this morning, I saw a group of people in the distance by the edge of the sea. There were a couple of smaller groups making their way slowly across the sand towards them and I noticed they were carrying something. Turns out they were a group from the Seal Rescue Centre in Courtown, plus supporters, gathered to release four rescued and rehabilitated seal pups. The smaller groups were carrying the pups in dog cages. It was a real treat to see the seals and watch as they were sent on their way. For the people from Seal Rescue Ireland, it was an emotional day, saying goodbye to Medusa, Moonstone, Blackbird and Hawkeye after nursing them back to health over the last few months. What a fantastic surprise – seeing these beautiful creatures. I hadn’t heard of the rescue centre before, but I’ll definitely pay them a visit next time I’m down in Wexford. 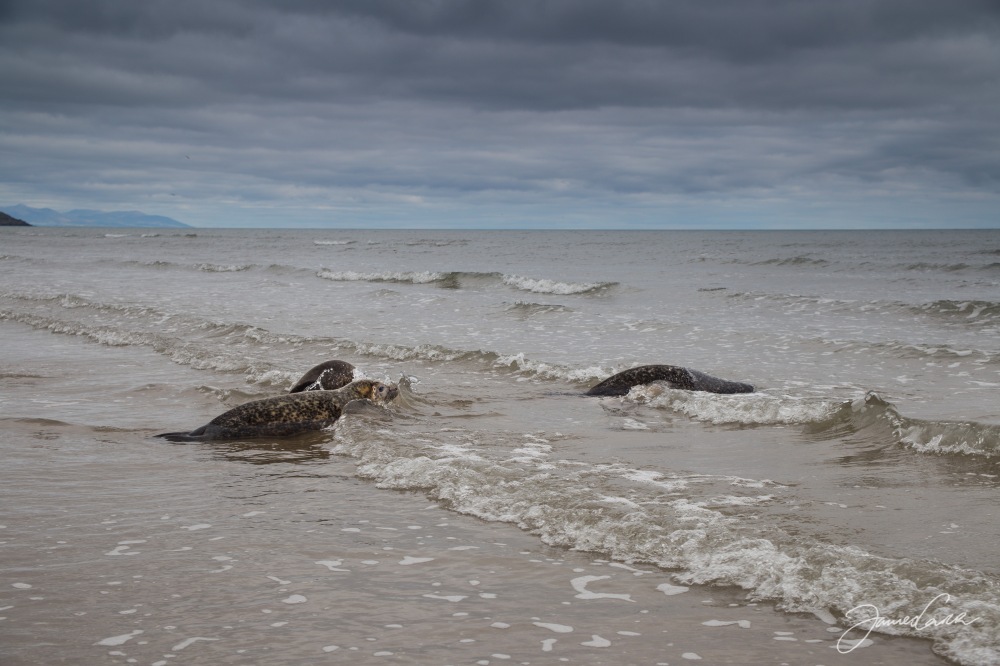 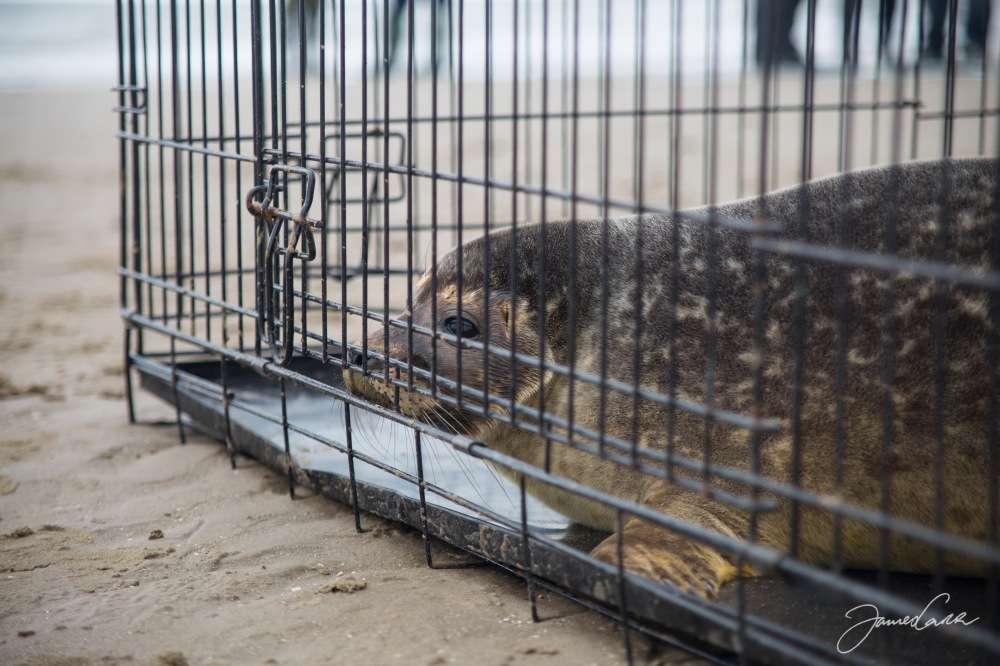 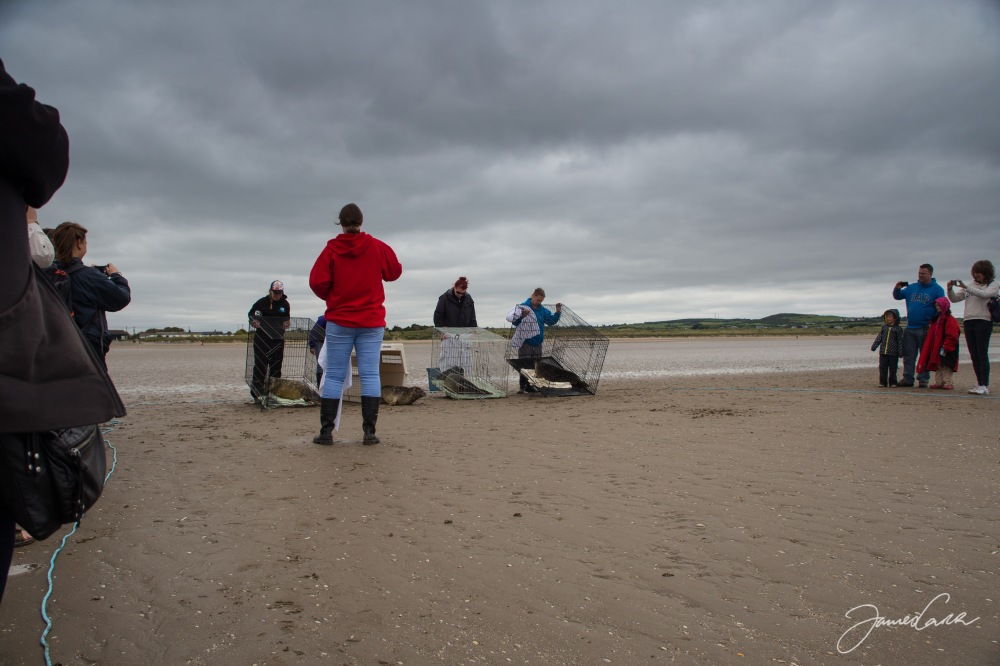 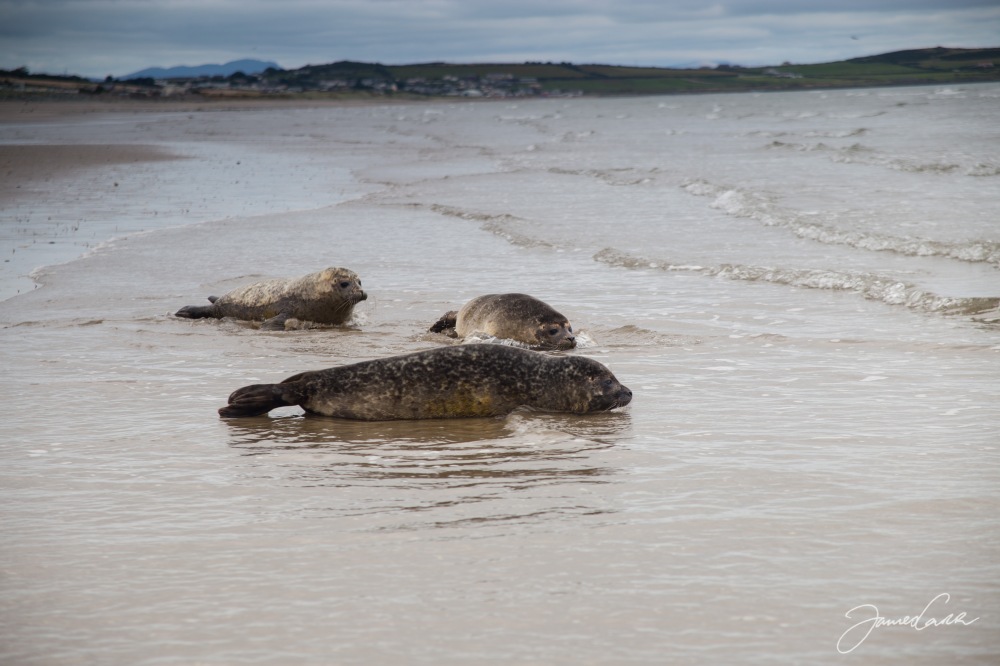 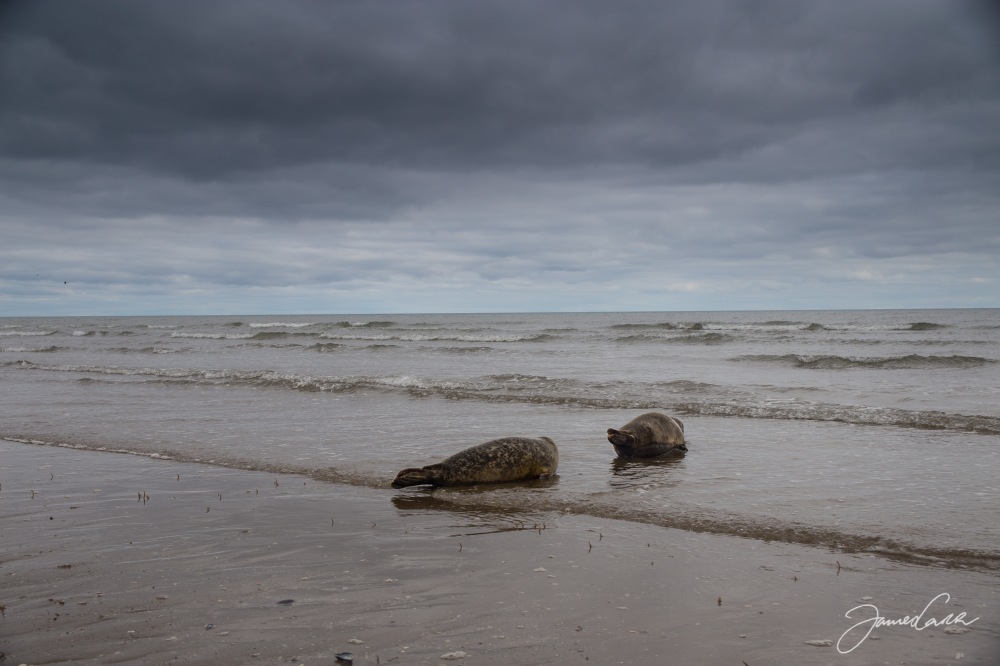 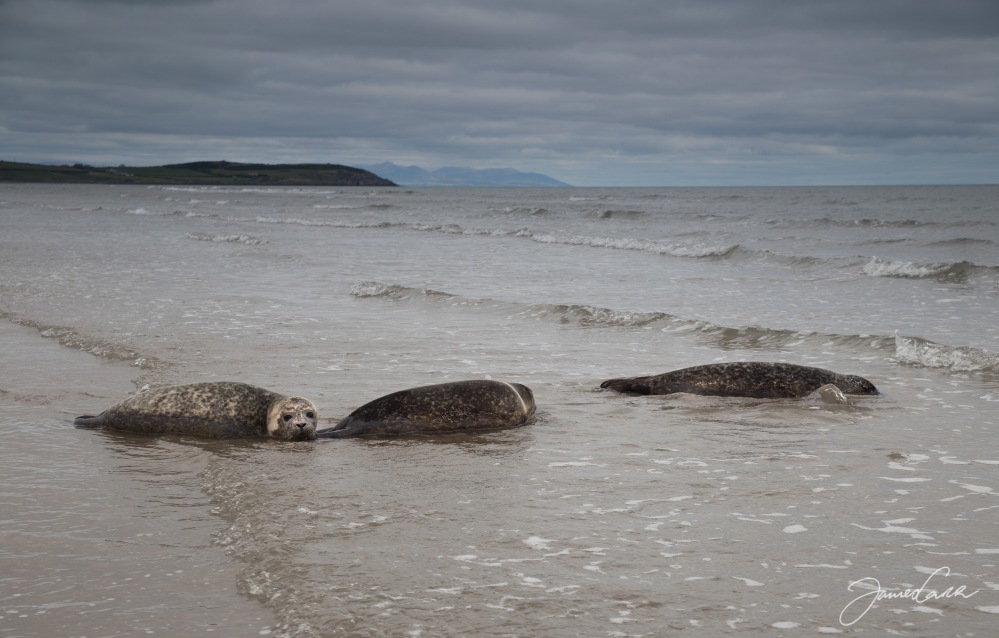